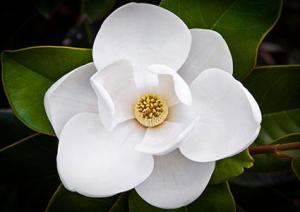 Winnie Belle Guillory Case, age 90, of Shalimar, Florida passed away suddenly of natural causes on October 6, 2021.  She was a loving wife, a great mother and sister, and a loyal friend to so many.  She loved family and always got excited when she heard that someone had planned a trip to visit her.  And she always smiled when looking at new family pictures.

Winnie was born June 17, 1931 in Ville Platte, Louisiana to John Orphus Guillory and Mary Aline Vidrine Guillory.  Her early years were spent on a farm in nearby Tate Cove, until her family moved to Ville Platte.  After graduating from Ville Platte High School she worked in New Orleans at a department store.  In 1951 she enlisted in the Air Force, serving two years in the Communications field during the Korean War.  She met her husband, Elvis Howard Case, while stationed at Hamilton AFB in California.  They were married for 59 years until he passed away in 2011.  As her husband was career military, they travelled the country and the world, raising their two sons, Michael and David.  A few years after retiring from the military they started a Montgomery Wards catalog store in Ville Platte.  A few years later they sold the store and settled in Opelousas, Louisiana where they lived for over a decade.  When they heard about and visited the Bob Hope Village military retirement community in Shalimar, they made one final move to Florida to reside at the Village.  For the past 25 years, Winnie has lived at the Village, where she reconnected with many people she knew throughout her military travels, made many new friends, and hosted many family visitors!  She will be greatly missed.

She was preceded in death by her parents; her husband; her two sisters, Mary Lou Guillory Berzas Tullos and JoAnn Guillory Crumling; her son, Michael Allen Case; and her daughter-in-law, David’s wife, Cynthia Ann Case.

To send flowers to the family or plant a tree in memory of Winnie Belle Case, please visit our floral store.