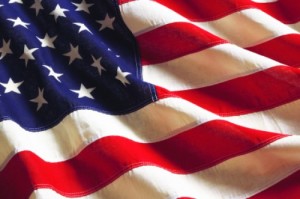 Peter “Pete” Roy Bowman of Fort Walton Beach, Florida passed away on February 17, 2022, at the age of 88. His family was by his side when he drifted off to be with the Lord.

Pete was born to Chester and Helen Bowman on January 26, 1934, in Flushing, New York. After graduating from high school, he joined the Air Force. Soon after enlisting, he met the love of his life, Carol. Pete took great pride in his military career as a navigator. He served in the Vietnam War where he flew an A-26 as co-pilot and C-123 as navigator. Pete’s A-26, which suffered heavy damage and was flown back to base with limited instrumentation, is exhibited at the front entrance of Hurlburt Air Force Base. This display of exceptional courage while engaged in military combat operations awarded Pete the Silver Star.

Pete retired as a Major after 21 years of active duty. His decorations, aside from his Silver Star, include two Distinguished Flying Crosses, Vietnam Cross of Gallantry, Air Medal, and many other commendations awarded during his two decades of selfless service to his country.

During retirement, Pete spent a great deal of his free time volunteering for the veteran's organization Air Commando Association. In 2000, Pete was inducted into the Air Commando Hall of Fame. Pete faithfully displayed the Stars and Stripes in front of his home. He was a proud American. Pete was also an active member of St. Mary Catholic Church.

Pete is preceded in death by his devoted wife Carol and three sons Patrick, Peter, and Baby Bowman.

A celebration of life will be held in June. Pete, alongside his wife Carol, will rest at Barrancas National Cemetery.

Contributions in memory of Pete can be made to the Air Commando Association.

For God so loved the world that He gave His only begotten Son, that whosoever believeth in Him should not perish, but have eternal life. – John 3:16

To send flowers to the family or plant a tree in memory of Peter “Pete” Roy Bowman, please visit our floral store.

A Memorial Tree was planted for Peter “Pete”

You can still show your support by sending flowers directly to the family, or by planting a memorial tree in the memory of Peter “Pete” Roy Bowman
Share a memory
| Terms of Service | Privacy Policy