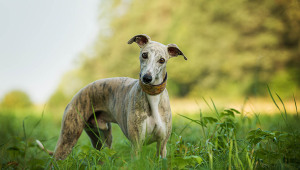 On September 13, 2022, Owen Joseph Light passed away peacefully, after a long and valiant battle with cancer. His family was by his side.  Joe was born on Eglin AFB in 1952 and he returned here after a lifetime of work and travel across the United States, and the world. Joe was the second child born to Eddie P. Light and Hazel Noreen (Dutton) Light of Montana. His parents settled here after a career in the United States Air Force. Joe was a graduate of Choctawhatchee High School. Soon after graduation, Joe enlisted in the United States Navy. During his Naval service, he trained as a hospital corpsman attaining the rank HM3. After his military service, Joe began a lifelong pursuit of higher education, with Masters Degree in both Microbiology, and Public Administration. His long career in nursing culminated with accreditation as a licensed Nurse Practitioner with a focus on psychiatric health. It was with this focus he supported a free clinic in Pensacola for many years. As with his entire career in healthcare, he remained focused on compassionate patient care for those less fortunate.

Joe was a lifelong supporter of the Arts and had a special affection for both classical music and opera. He possessed a beautiful singing voice and he entertained both friends and family with arias at many functions and weddings.  Although the Arts held his attention, his one true passion, was his dedication to the business of being a nationally recognized dog breeder. Joe loved all his dogs, but his special attention was given to his Whippets. His majestic dogs are shown across the country and his name is recognized internationally as an expert in this breed. The last chapter in his Kennel Club career came in the form of being recognized as a champion dog show judge. This honor is earned by both training and long hours of support for the entire canine community. He served as a past President of the Pensacola Dog Fanciers Club. His participation, expertise, and friendship, in support of the American Kennel Club will be sorely missed. He was also a member of the Camellia Society of Pensacola.

Joe is preceded in death by his father Eddie P. Light. He is survived by his mother, Hazel Light of Fort Walton Beach; his older brother, Ed Light and his wife Kathy (McCann) Light of Seminole FL and their family, as well as his younger sister Lessie Light Hostilo and her husband Wayne of Fort Walton Beach. His nephew, John Light and his wife Nicole, and family from Brandon FL, and nieces Danielle Light, Lori Light, and Lessie Branum (Light) and her husband Larry and family. The family requests, that in lieu of flowers, you make a donation, in the name of Owen J. Light, to the American Cancer Society, your local animal shelter, or any charity of your choice dedicated to the service of humanity and kindness to all.

Expressions of love and sympathy may be placed and viewed online at www.emeraldcoastfuneralhome.com

To send flowers to the family or plant a tree in memory of Owen Joseph Light, please visit our floral store.

A Memorial Tree was planted for Owen