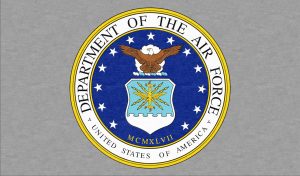 David grew up in Cloquet, Minnesota.  He attended college at the University of Minnesota in Duluth and was a lifelong Minnesota Vikings fan.  David served in the United States Air Force for 23 years.  He deployed overseas several times during his many years of military service.  He enjoyed skiing, water sports, and family time with his wife and kids.

A service honoring the life of David Pastika will be held on Monday, September 20, 2021, at Emerald Coast Funeral Home in Fort Walton Beach, Florida.  The visitation will be at 11:00 AM, followed by the funeral service at 12:00 PM.  David will be placed to rest at Destin Memorial Cemetery in Destin, Florida.

Memorial donations in lieu of flowers can be made to the Gary Sinise Foundation or Fisher House in memory of David John Pastika.

Messages of Condolence may be expressed to the family online at www.emeraldcoastfuneralhome.com

To view the live stream of the funeral service please click here: https://view.oneroomstreaming.com/authorise.php?k=1631909845137381