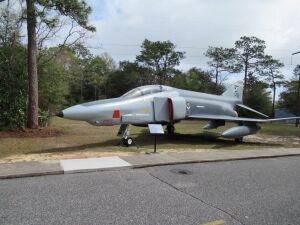 John (Jack) Kenneth Dorr, age 86, passed away peacefully on May 11th, 2022. The family would like to thank all his family, friends, Jack’s Meridian and personal caregiver team, and the Covenant Hospice team who provided such amazing love and care over the last 18 months.
Jack is survived by his two sons, Jeff and Kevin, their wives Wendy and Nicole, three grandchildren, Caitlin, Dylan, and Jack, his sisters, Arline Hoban, Jeanne Kozain, and Dolores Dorr. Jack was predeceased by his wife of 44 years Joann Dorr, and his sister Mildred Fogerty.
Jack was born and grew up on the island of Grosse Ile, Michigan. It was there that he joined the Marine Reserves and served with his father on Gross Ile Naval Air Station. He also worked for the Cadillac Division of GM and was known to race his convertible Alpha Romeo around the local tracks on the weekends. His desire to serve led him to join the Air Force where he became a Navigator with a Flight Test Squadron in Rome, NY. He was then called up for his first tour in Vietnam and was assigned to Hurlburt Field AFB in the Air Commando Squadron flying C-123s. He later transitioned to the R-F4 and did a second tour in Vietnam in 1968 flying hundreds of combat missions as Recce. Jack had 17 combat missions in the R-F4 currently displayed at the Eglin Armament Museum. A special dedication ceremony was held for him and the plane in 2019 at the museum.
Jack’s tours in Vietnam earned him the Silver Star for exceptional service and gallantry in combat, the Distinguished Flying Cross, and a Bronze Star Medal. After his first tour, Jack returned to Fort Walton Beach where he met his wife JoAnn at the Eglin Officers Beach Club in Fort Walton Beach, FL. After their marriage, Jack’s assignments took the family to Mather AFB in Folsom CA, Bergstrom AFB in Austin TX, Zweibrücken AFB in Germany, and finally back to Hurlburt Field, FL, where he retired as a Lt Colonel in 1984. Jack continued his career at Vitro/BEA before retiring again in 2000. Jack would say that his days in Germany “were some of the best times that he ever experienced with family and friends”. He and Joann eventually settled down in Shalimar, FL where they were known by many friends for great meals and hosting many happy hours in their beautiful backyard that Jack always took pride in.
After Joann’s passing in 2011, Jack reunited with a long-time friend, and they enjoyed world travel and time on the West Coast. Jack also kept busy volunteering at the Eglin Armament Museum and the Shalimar Thrift Store. He treasured his Vitro team’s weekly breakfast and his Men’s weekly dinner group.
Jack’s greatest love and sense of pride was for his two sons, Jeff and Kevin, their wives, Wendy, Nicole, and his three grandchildren. He loved his three older sisters (97,92, and 90 years young) and they all doted on their baby brother and making the trip for his 80th birthday celebration from Michigan, Illinois, and Titusville, FL. He was an avid nature and dog lover and always carried dog biscuits in his pocket, ready for an encounter with a new friend.
Jack was dearly loved for his humble nature, positive attitude, and kind spirit. He enjoyed his life and encouraged his family and friends to do likewise. Jack would always say “It is a good life.”
Dad - You will always be missed, you will never be forgotten.
Please make a donation in honor of his memory to any local animal care facility or the Shalimar library.
Jack will honored with a full military service on Friday, May 27th, at Emerald Coast Funeral Home, with visitation from 3-4 pm CST, followed by the service. He will be interred at a private ceremony at Barrancas National Cemetery on Saturday, May 28, 2022.

Your browser does not support this video format. You should be able to view it in Chrome, Safari or Internet Explorer.

Video is available for this event