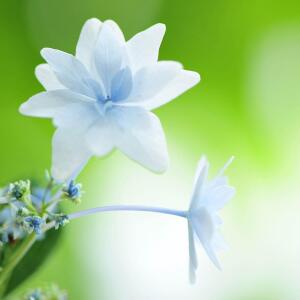 Laura Joyce Ready Stone of Fort Walton Beach, Fla., slipped away from this earth on May 6, 2022. She was 95.
Joyce, as she was known to her family and friends, was born in Red Level, Ala., on April 16, 1927. Her family moved to Fort Walton Beach in the early 1930s where she lived until marrying her husband, Delmar Smith Stone, who was a pilot in the Army Air Corps. They traveled to posts around the nation and overseas, including Alaska, Washington state, Mississippi, Torrejon Air Base in Spain, Minot Air Force Base in North Dakota, and then Eglin Air Force Base, where her husband retired in 1964.
Times were hard during the Great Depression. Joyce and her sister, Wendy, helped support the family by delivering the Pensacola newspaper on mornings and afternoons, and crabbing along Santa Rosa Sound. They sold their catch to the Staff sisters for Staff’s Restaurant. Joyce also worked at the Tringas Theater; the Greyhound bus station, which eventually was owned by her mother, and her brother Jimmy’s store on Eglin Parkway.
She regaled her family members and friends with stories about life in old Fort Walton. Eglin Parkway was a dirt road, alligators sunned themselves on the beach and cattle wandered across U.S. Highway 98. Once, during the hurricane of ’36, she and her family brought their cow inside their house because hailstones were shattering the greenhouse, where they had originally sheltered the frightened creature. She was a member of the Greatest Generation and the final surviving student to attend the Camp Walton Schoolhouse.
Joyce loved her shrimp and oysters fried, and her cornbread and hushpuppies savory. She could never say no to a garage sale or thrift shop and even worked at the thrift shop on Eglin for many years. Her house is filled with treasures she discovered at flea markets and yard sales. She was a huge fan of swing dance music and loved to draw, paint and take photographs with her beloved Nikon camera. Later in life, she became a member of the Church of Jesus Christ of Latter-Day Saints.
Joyce was preceded in death by her mother, Bertha Ready of Fort Walton Beach, and father, Lonnie Ready of Crestview; her husband, Delmar Smith Stone of Fort Walton Beach; her brother, James Ready of Fort Walton Beach; and her sister, Wendy Ready Barnett of Mary Esther.
She is survived by her three children, Sandra Christy Stone Payson of Dayton, Ohio; Delmar Smith Stone Jr. of Fort Walton Beach; and Patricia Terry Stone Dunn of Crestview; a sister, Caroline Ready Debs of Atlanta; four grandchildren, nine great-grandchildren, and a great-great-grandchild, plus numerous nieces, nephews, cousins, and other family members.
Joyce was a strong, feisty woman and will be greatly missed by her family and friends.
The funeral service will be held at Emerald Coast Funeral Home on Friday, May 13, 2022, at 11:00 AM, with visitation an hour prior. She will be laid to rest at Beal Memorial Cemetery following the service. She loved flowers, so flowers are welcome.

To send flowers to the family or plant a tree in memory of Laura "Joyce" (Ready) Stone, please visit our floral store.

Your browser does not support this video format. You should be able to view it in Chrome, Safari or Internet Explorer.

Video is available for this event