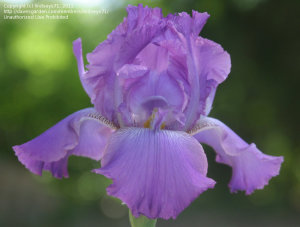 Addie Janette Kellum Prescott, 86, went to be with her Lord on August 3, 2022, after a long battle with dementia/Alzheimer’s. She was at home with her family around her. She was a Christian, Baptist by faith.
She is survived by her husband of 31 years, Bill Prescott of Niceville, FI, Sons Jamey Prescott (Jenny) of Jacksonville, FI, Bruce Prescott (Faith) of Auburn, AI, Tim Prescott (Ronna) of Gulf Breeze, FI, daughter-in-law Cathy Branch of Nashville, Tn, and daughter Lanette Burr of Nolensville, Tn, grandchildren, Bonnie Branch of Charleston, SC, Roth Sinkiewicz (Jackie) of Milton, FI, Jim Prescott (Cara) of Jacksonville, FI, Steven Prescott (Katherine) of Auburn, AI, Nancy Prescott of Murfreesboro, Tn, Maggie Prescott of Hosford, FI and Ryan Burr of Nashville, Tn, and three great-grandchildren.
Janette was predeceased by her parents, Robert and Flora Dell Prescott of Memphis, Tn, her son Bill Branch of Nashville, Tn, and granddaughter Shelby Prescott of Lawrenceville, GA. A visitation will be held at the Emerald Coast Funeral Home on Aug 8th at 10:00 a.m. followed by a graveside service at Beat Memorial Cemetery.
In lieu of flowers, donations may be made to Habitat for Humanity of Okaloosa County or a charity of choice.

To send flowers to the family or plant a tree in memory of Janette (Kellum) Prescott, please visit our floral store.

A Memorial Tree was planted for Janette