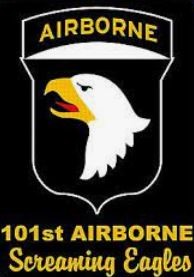 On Friday, June 3, 2022, Henry Paul Phillips took his final journey home to be with God. He was preceded in death by his mother, Mary Gertrude Marshall, his father Melvin Ernest Phillips, his sister Bernice, and brothers Ernie, Lud, Dick, and Ruffy. “Hank” was born on November 12th, 1922, in Coeur d’ Alene Idaho, where he spent most of his childhood. From a very young age, he wanted to fly airplanes, so when the time came and he was of age, he joined the Army Air Corps. During WWII he was a P-38 fighter pilot with the 82nd Fighter Group stationed in Italy. After the war, he joined the Washington State Air National Guard. In 1951, Hank transferred to the US Air Force. In the '50s and '60s, he was stationed in Europe. While Hank was assigned as the US Air Force liaison officer to the German II Army Corps, he met Marlene and they married in 1963. Hank later became a proud graduate of the US Army Paratrooper Program. In 1967, he served in Vietnam as a forward air controller flying spotter planes for the 101st Airborne Division (Screaming Eagles). In 1969, Hank retired from the military and settled in Ft. Walton Beach, Florida. Anyone who knew Hank knows he enjoyed life to the absolute fullest. He loved spending time with his family, and his cats, traveling, geocaching, snow skiing, music, carpentry, military history, celestial navigation (which he also taught), attending his 82nd Fighter Group Reunions, cooking, and baking. His pies are legendary, from lemon meringue (the neighborhood kids' favorite) to cherry. Hank learned to make croissants by studying under a French baker in Vail, Colorado, between ski days. Hank is survived by his treasured wife of 59 years, Marlene, his children Dennis (Carol), Diana, Lowell (Joni), Ellen, Audrey (Nick), and P.J., grandchildren, great-grandchildren, nieces, and nephews.

In lieu of flowers, Hank would hope you could make a donation to either of these amazing organizations: St. Labre Indian School or Saving with Soul (local cat and dog rescue); LINKS BELOW. The family is especially grateful to Emerald Coast Hospice and Baptist Home Health Care for their unwavering care, compassion, and support.

To send flowers to the family or plant a tree in memory of Henry "Hank" Paul Phillips, please visit our floral store.

A Memorial Tree was planted for Henry "Hank"