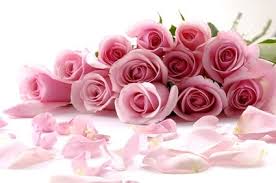 Ms. Helen Bernice Roof, age 84, transitioned peacefully at home, Friday afternoon after an extended illness.  She was born July 24, 1937, in Florala, AL to Ralph Lee Carson and the Valene Bernice Elmore (Rogers).  She joined and was baptized at St John Missionary Baptist Church, in Florala as a young child. Helen was single at the time of death.

Helen was a social butterfly and loved people, but none more than she loved her children.  Her grandparents, Henry and Bessie Price helped raise her three eldest children: Patricia Carson White, Wanda Carson Monge, and Vallerie Carson Jenkins.  Helen traveled weekly to Florala, with her four youngest children in tow, to see her three eldest prior to them joining her in Fort Walton in 1971.  While she didn’t travel as frequently to Louisville, KY, she lacked no love for her fourth eldest Ronald L. Carson, who was raised by her mother, Valene Rogers.  She was a proud mother, who often boasted about her children’s accomplishments.  “Technically,” Helen had a ninth child, Rodney K. Stevenson (Amy), her eldest grandson whom she raised and was protected by all his “elder” siblings.

As a young woman, Helen loved to dance.  She often participated in dancing contests, particularly the “Camel Walk,” with her children.  She may not have laughed often, but when she did, she lit up a room.  Helen loved sewing (Wanda and Val inherited the skill.) and often sewed her children’s school clothing.  Freneshia once refused to wear “homemade” clothes to junior high prompting Helen to go to J.M. Fields to purchase an outfit. No mother worked harder nor sacrificed more for her children than Helen.

To send flowers to the family or plant a tree in memory of Helen Bernice Roof, please visit our floral store.