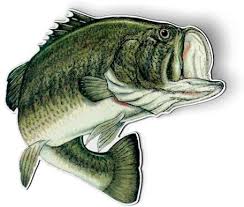 Gary Lee Carr, also known as “G”, unexpectedly passed away at the age of 62, Friday, November 6, 2020 at Fort Walton Beach Medical Center. Gary was born in the Philippines, but a lifelong resident of Shalimar/Fort Walton Beach. He was born June 21, 1958, one of two identical twins. He was a dedicated father, husband, brother, and friend and will be greatly missed by everyone he knew.

Gary graduated from Choctawhatchee High School in 1976 and shortly after began his career in HVAC.  He was a Certified Commercial and Residential HVAC and Refrigeration Specialist for over thirty-three years, worked for Waffle House for eighteen years, KESCO for six years, Kroger Foods/Thom Thumb Food Stores for four years, and his current employer City Facilities Management LLC.

He was vivacious, outgoing, caring, and a giving person that would do anything to help anyone, especially his family.  He enjoyed spending time with his family and friends, and most of all fishing in the local rivers with his buddies. Family and holiday gatherings were very special to his heart. Gary met Adrienne, his wife in November 1991 and after 11 years of living together, Gary proposed and they married on April 6, 2002.

He was an avid bass fisherman, to include being a member of the Miracle Strip Bass Club.  He played the drums and often loved Friday and Saturday night jams at the spur of the moment in his garage. One of his favorite NFL football teams was the Dallas Cowboys. His two oldest sons were diehard Philadelphia Eagle fans, so every year when Dallas played Philadelphia it was a special family rivalry event with heartfelt, memorable enjoyment. Gary was also always involved with the Special Olympics with his son, Cole Carr, a competing participant.

He also has a brother-in-law, Mario Circone and wife in New Jersey; sister & brother in law, Dominic and Rose Circone, both of Fort Walton Beach and 4 sister-in-law's and their spouses in New Jersey and Delaware. His lifelong best friend, William Tipton aka BJ also of Fort Walton Beach and lifelong fishing and music buddies: Mario Circone, Lou Galina, Reggie Neely and John Nachman.

To send flowers to the family or plant a tree in memory of Gary Lee Carr, please visit our floral store.