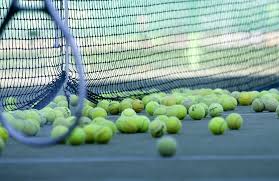 Edward Francis Hogan “Ed” born March 3, 1936 passed at the age of 84 on May 3, 2020. Born in Providence, Rhode Island to Christopher and Mary (Farrell) Hogan, he was the youngest of five sons.

Ed attended LaSalle Academy and was a member of Archconfraternity 2, 3, 4.  He graduated in 1953.

In 1962 he and Joyce Deary were married. They had four children: Kathleen, Patrick, Kevin and Eileen.

His entire work career was with American Airlines.  He started at T.F. Green (PVD) in operations and retired from Miami International (MIA).

Ed was a member of the Moose Lodge.

Being one to start the day early, Ed spent many mornings at the gym working out, fishing, playing tennis or running. He accomplished a life goal of running 26.2 miles by training and crossing the finish line at the Miami Marathon.

He valued all his friendships, especially with his cousin, Beverly Quirk and lifelong best friend, Harry Day.

Ed always had a positive attitude and spoke kindly of others. His conversations started with a salutation and more times than not ended with his favorite saying… “Bend your knees and follow through.”

The family would like to thank all the friends and extended family that reached out to us during the loss of our loved one including the phone calls, prayers, and condolences that were expressed.

To send flowers to the family or plant a tree in memory of Edward Francis Hogan, please visit our floral store.

You can still show your support by sending flowers directly to the family, or by planting a memorial tree in the memory of Edward Francis Hogan
Share a memory
| Privacy Policy | Terms of Service